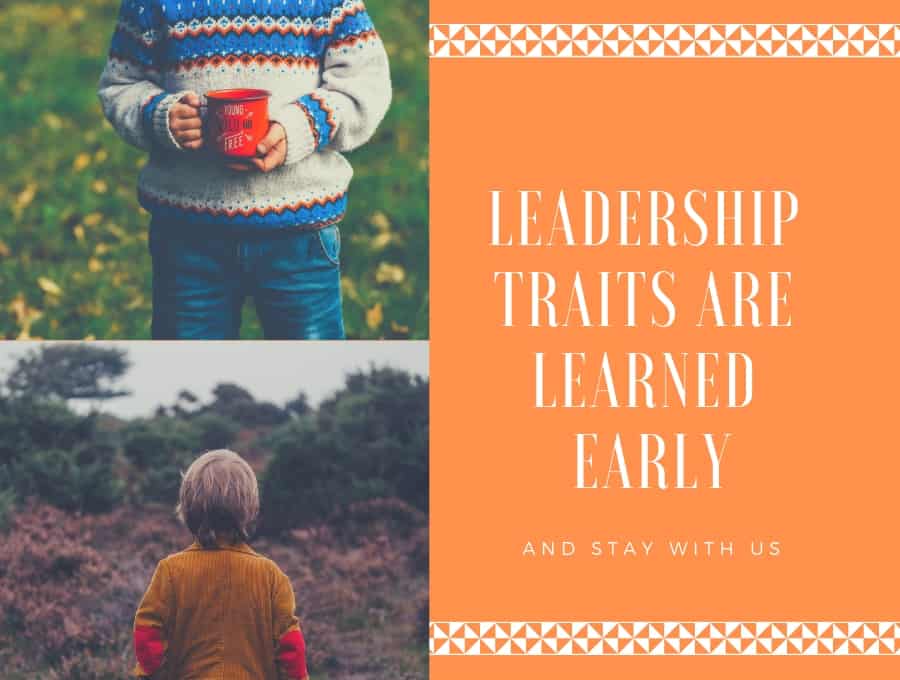 When people are older it is rude to stare, but when kids are little it is a very natural thing to do. Kids will stare as if in a daze at adults or kids interacting with each other or going about their normal play. What they are really doing is observing what gets the other’s interest, how they react to things, how they act towards their mom, the teacher or other kids, they are studying their body movements, they are processing what the other person is experiencing. They may be gauging how to insert themselves into a group of kids who are playing…

Have you ever watched your child or another child stare at group of kids playing at a distance, after a while she’ll stand close by and listen to what they say and how they play, and latter she’s playing with all the kids. It’s good to not rush this process. Even if it takes so long that the kids move on and she loses her chance to play. What she got out of staring is more important for now.

3. Help them find a win-win solution

You can teach them this by helping them with conflict resolution. If your child encounters a situation while playing with another kid and she knows what she wants but doesn’t like what the other kid wants to get out of it, and does not know how to resolve the conflict, she will come to the adult in charge. She is not toddle telling, she just needs guidance. Preschool teachers hate toddle tellers. Homeschool parents, interestingly, want to know what is going on, and they try helping resolve the problem. Aim for a win win solution as often as possible, your child will learn to create win win scenarios.

Teach your child what is his and what is not his. When they’re toddlers they want to grab stuff that’s not theirs and say “Mine”. You spend your entire summer returning beach toys to their rightful owners and saying to your kid, “No, that’s not ours, it’s his”. Just when they are starting to grasp the concept of belongings, it is very confusing when all of a sudden we tell them they have to SHARE. They don’t get it. It is proofed and tried by experts that they are not trying to be mean or rude or selfish, they just don’t get it  developmentally and it only creates other social problems.

It makes kids judgmental of other kids, they expect everyone will automatically share. I have seen a kid hit another on the head and tell his nanny: “Well, wouldn’t share!” as if it was the other kid’s moral duty to share and hitting him on the head justified by his moral responsibility to teacht he other kid a lesson for not sharing. Only to hear his nanny reply: “Well, he doesn’t have to share”. Which is true, but of course, even more confusing.

When kids are old enough to seek and enjoy playing with other kids, they will learn that if they say “MINE!” the other kid will eventually walk away and will not want to play. You can point this out to them. But in the meantime I would only ask your child if he would like to let the other kid use his toy, if he says No, you can just tell the other child: Well, he doesn’t want to lend it right now, maybe next time!

5. Encourage kids to be NICE

So many parents I have heard say “My kid is so bossy! She’s going to be a leader!”

No. She’s not going to be a leader by being bossy. A child does not demonstrate leadership skills by imposing her wishes or will on others without regards to the others’ feelings and opinions, or yelling at them. Leadership is not about a handful of 5 year olds following your 5 year old blindly.

A kid who can calmly and nicely mitigate a situation that could go south, and that when she encounters pushback she can ask about what are the other kid’s concerns and is able to listen so she can propose something positive that addresses their concerns and will make the other kids want to cooperate happily, that kid is practicing leadership skills. Likewise, when a child can “sell” to other kids an idea, a game, or propose and activity or alternative way of doing something, and get “buy-in” gracefully, she’s displaying big time leadership skills!

When another kid is mean, or rude and makes him feel bad point out how that behavior made him feel bad. If your child does something to make another kid feel bad, it’s all we can to remind him of the time when someone did that to him and how he felt.

The beauty of homeschooling is that we can pour so much energy on projects.

Project management is the true test of leadership: Pitching an idea and getting buy-in from others, keep everyone happy while getting the work done and meeting milestones. Working as hard as everyone else and being supper helpful. Being nice to be around and cheerful while shepherding the team to move forward. Being good at conflict resolution, be able to self-regulate when things don’t go as planned or when something really disappointing happens, find solutions and spin things positive, take and give criticism constructively, find creative solutions, simplify.

See our post on How to Help Your Child Learn Entrepreneurship

Encourage them think of things they can sell, or make and sell. Being responsible and understanding their own business venture will give them a glimpse into challenges that are humbling. They will need to put themselves out there, and embrace vulnerability. They will find a strength that they can pull from time and time again throughout their lives.

Being around people who speak eloquently and accurately helps kids develop the same skills.

One year we came back from our summer stay in Spain and a close friend pointed out that our daughter somehow had come back speaking much better than when she left. When I replied that of course her Spanish was better, our friend said “No, English!” I was momentarily puzzled, but then I remember the English friends she has in Spain – a family from England who have a wide vocabulary and use very accurate words to describe things, and our daughter had picked up on some of that vocabulary.

It is difficult for some of us to model good communication when one is upset or to mitigate conflict. I myself was not given the tools to express myself with vulnerability. My example was to snap at people in my family with a phrase that might stop a sibling from: “being annoying”, “making me mad”, “being mean”, “making me feel bad”, “being stupid”, etc. So it is extremely difficult for me to express myself in a calm, eloquent and constructive way when I am feeling upset.

But in fact, I would like my daughter to have better skills than me and therefore it is up to me to keep calm and try to express myself when I am upset, and also when she is upset, to the best of my ability, and whenever possible. I know a lot other moms can do this better than me, and if I can, anyone can!

Don’t let them get away with just saying something “IS NOT FAIR”.

Ask her what she means by that. What is the situation? What are possible outcomes? Do not use the word “Fair” yourself or you’ll be getting into a fairness argument. The goal is to think through what is her  “objective”, and how to arrive at a “resolution”.

Once kids start using the phrase “it’s not fair” they create a mental block that does not allow them to be analytical. And by the way, they’ll use it whenever they don’t get their way or someone else gets their way instead. They should be able to elaborate, be specific and describe what they think and what they want and how it can benefit them and maybe even others.

I think Fairness is a subject study in and of itself, and better to wait until they can understand it better. Like politics. Otherwise they might create a miss-representation of it.

9. Allow A Lot of Play Time

We hear about how kids learn through play. It is also true when it comes to developing good people and leadership skills. When kids play with other kids, ALL OF THE ABOVE TIPS are being addressed and put into practice.

And since homeschool parents are more likely to be close by or available when kids are playing, we can address any issues, help them with any situation, and make sure kids are being nice and gentle to each other.

The more kids play with other kids the more they get their wiggles out. Play turns into a deeper social interaction. Kids play with a different intensity when they are pent up in the house or in class all day and then they get to play with other kids. I watched how a large group of kids were taken to the park for a school break, and noticed how they behaved in the playground. It was way too intense. We notice they start running a little aimlessly, screaming a lot, they are not focused on play, they are just getting their bodies and their minds a “quick fix”.

I think one of the key ways to develop good self-esteem is by not going to school. Not going to school in itself abolishes: labeling, bulling, peer pressure, stigma, discrimination, even feeling inadequate or not smart…In our homeschooling lives I don’t know any parent that has decided to stay in a group, sport, or any situation that has turned negative to the point where it could turn into any of the above. The action is taken instantly -There is no process, no talks with the principal, no special meetings with the parents. There is usually zero tolerance for shaming, bulling, or any aggressive behavior.

Having said that, still model self-esteem. Avoid comparisons. Point out the good, nice, kind, and wonderful things about your child. Be precise and truthful so they know you’re not just saying it without really meaning it.

One time my daughter overheard two girls saying that she was “ugly”. She was convinced that they were talking about her as she walked by. She became very self conscious about how she looked and was a little tortured. I assured her she was beautiful. She said: I think you are just saying that because you’re my mom. I said: “No! I am an artist and beauty is important to me. I wouldn’t say it if it wasn’t true!”

If the weekly scheduled proposed here worked for you, you can use the monthly planning below to continue scheduling after you finish Week 13 from the Comprehensive 13 Week Unwired and Unplugged...

Continue Reading
link to How We Homeschool 8-9 yrs Old

What Is True Jedis

True Jedis is a platform that offers resources for secular homeschoolers, mindful parents, Worldschoolers, and anyone considering homeschooling.

Why do we call it True Jedis?

We are aware that times are changing more rapidly than history remembers, everyone is busy and it’s high speed everything. But it takes slowing way down to appreciate, reflect, process, and get into the zone -which is a state in which kids are much like JEDIS, and adults can achieve a very similar estate by allowing ourselves to get in the flow.